The Patriots gave up the 2nd most yards per play on defense in the entire NFL last season and were still able to contend for – and almost win a Super Bowl. This year, the defense has improved substantially. Star linebacker Dont’a Hightower has returned to the Patriots roster. New addition defensive end Adrian Clayborn should see plenty of time on the field. All around defensively this team has improved, especially the front 7 which was border line pedestrian last season. As for the offense, other than Chris Hogan and Rob Gronkowski – this team is pretty starved for talent on the offensive side of the football. Julien Edelmen will serve a four game suspension for a PED violation, Eric Decker retired from football and Danny Amendola will be missed by this Patriots offense as he now finds himself on the Miami Dolphins. Also – rookie running back Sony Michel will miss atleast the first game of the season with a nagging knee injury.

Even with all those issues though, the Patriots are still the perennial favorite to win the AFC East, they are heavily favored to make the playoffs and have a season expectation of 11 wins.

There is just one caveat though.

Tom Brady is 41 years old, and when legends fall from grace – it happens suddenly and drastic rather than slow and gradual. Even the Boston sports fanbase will tell you, if Brady gets hurt and Hoyer has to step in – the Patriots are going to have a real tough time getting wins outside of their division. Not only that but with the injury problems that TE Rob Gronkowski has had over the years, it is expected that Gronk will be kept on a short leash in attempts to avoid injury – especially in divisional games vs what should be overall a group of lesser opponents. 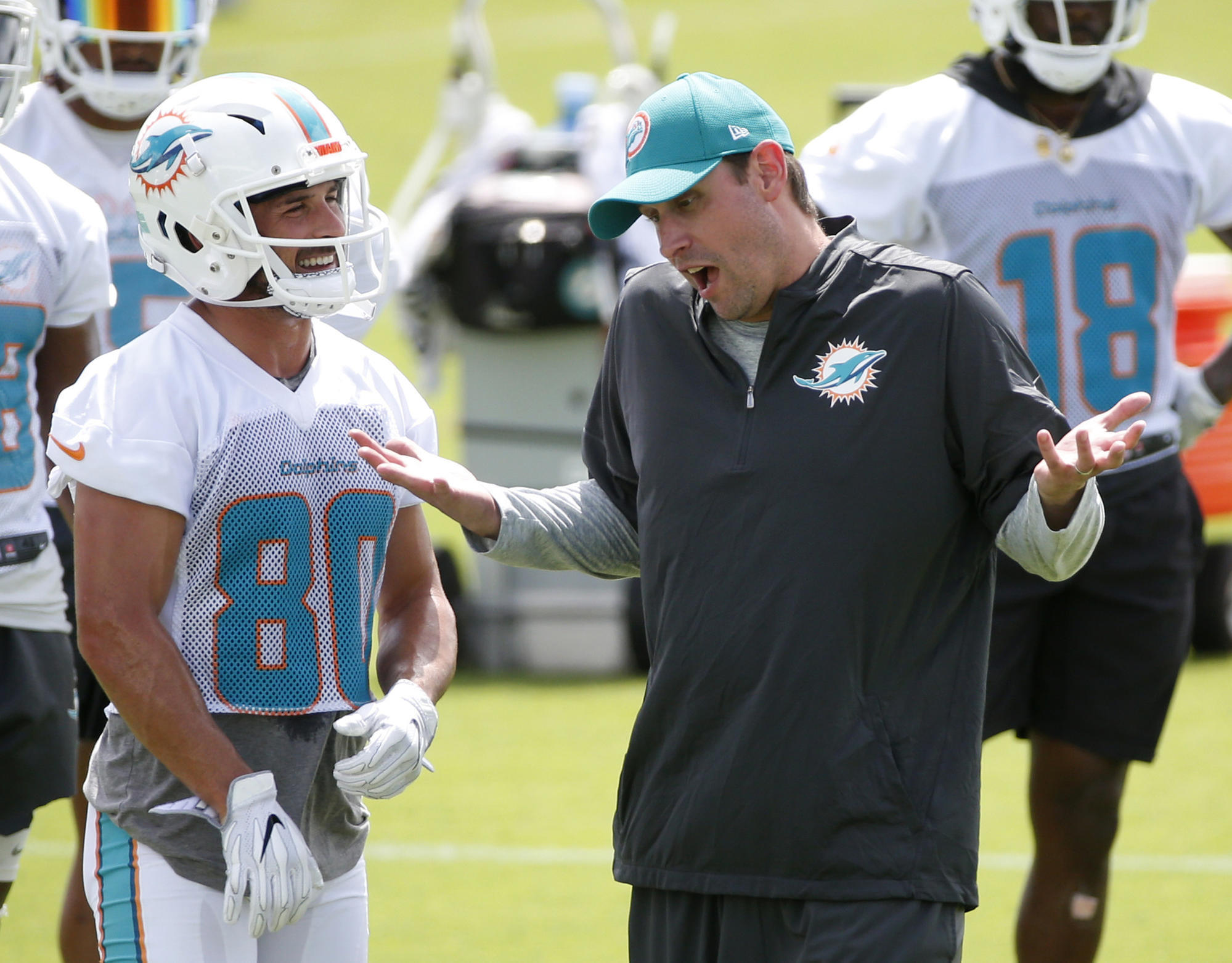 Ryan Tannehill is apparently a decent QB as per the Miami Dolphins organization and fan base – this is yet to be confirmed. The 30yr old – who has dealt with numerous injuries in his career – returns to the Dolphins and the starting position after Jay Cutler – who replaced Tannehill after he went down early last year – has retired from football to focus on his reality TV career.

Miami’s 6-10 record last year may not be indicative of their talent level, a number of issues hit the team last year who had their opening game postponed due to hurricane Harvey. They also had to deal with some off the field drama as their offensive line coach Chris Foerster resigned from his position just hours after a video surfaced showing the coach snorting a white powdery substance. Needless to say – Miami was in shambles last season.

This year though may be the start of a re-build towards a not as embaressing existence for Dolphins fans.  Veteran Additions of: QB Brock Osweiler, RB Frank Gore, WR Albert Wilson and former Patriots star and multiple Super Bowl winning WR Danny Amendola – there is a slight buzz in Miami that this team may not be as unwatchable as they were last year – but that is of course, yet to be seen.

Buffalo opens their season up with 5 of their first 7 games on the road – and 6 of their last 9 games are at home. Clearly, the corrupt NFL schedule makers obviously want ratings and to get ratings out of the Bills – there needs to be a snow game. So there’s that. There is also the fact that Josh Allen looked squeamish in the pre-season and then there’s the fact that if Colin Kaepernick wanted to shoe-in his argument during his collusion case against the NFL – he should just show the jury a video of Nathan Petermen playing football. The only upside to this team is their D which is above average and has improved. They will have a sure thing home field advantage in the December blizzards – but they may be out of the picture completely by then. Most experts are pitting this team as the worst team in the NFL – I think the Cardinals or possibly the Seahawks will have something to say about that.

The New York Jets finally got some good juju out of the NFL draft with their selection of “Savior” Sam Darnold. The rookie QB created some buzz with his performance in the pre-season and New York sports media types have jumped on board. Some have even said Darnold could be a dominate QB in the NFL within 2 or 3 years. The Jets also made some offensive additions to their team – running backs Isaiah Crowell and Thomas Rawls as well as former QB turned WR Terrelle Pryor. As for the defense, the Jets brought in former LA Rams franchise tag CB Trumaine Johnson, he will join Morris Claiborne to form a piece of what will be a improved Jets secondary.

The hype around this team is that they are reaching the dawn of a true re-build and may be able to compete for a respectable finish in their division this year – and are looking towards cracking the playoffs in 2019 and onward towards 2020.

The AFC East is comparable to the NBA’s Eastern Conference of the past – prior to Lebron James moving to the LA Lakers. Tom Brady, Bill Belichick and the Patriots will be the only measure of expectation for these lower tier teams in the AFC East until one of them leaves the game of football – or leaves the AFC East. Until then, it seems as though second best in the AFC East is all that these teams can hope for – unless a dethrowning and full collapse of the Pats is in the forefront of the next few years. These teams will be crabs in the AFC East bucket until further notice. However, be sure to take advantage of this spot in divisional games vs the Patriots, especially when facing them at home. Home dogs vs the Patriots in divisional match ups this year could be their undoing. So be aware of the spots when they come up and don’t be afraid to slam the other side of the line on these – because the Patriots will be bet heavily as a public favorite, and some value will appear on the contrarian side if you have the stomach for it.

Please help support Spark Sports by signing up with one of our many sponsors.